‘BARTNERSHIP’ IN THE HEART OF EUROPE: Bart’s performance goes the extra kilometer to build partnerships

PRS Pooling, one of Europe’s leading poolers of sustainable wooden pallets to the polymer supply chain, has created a new noun – ‘Bartnership’ - for the collaborative path its field operational excellence manager Bart Smit is forging in search of new agreements.

With the industry facing challenging times as a result of the rising cost of timber, Bart travels those extra kilometers in central, eastern and southern Europe to secure new sources of sustainable timber and bring them together with the right saw mill partners to produce the end result, even during a pandemic.

His experience and knowledge of sourcing took him across numerous European borders. He travelled from Italy to Romania – so far east that he almost reached the Moldavian border – to Ukraine, Slovakia, Hungary and Poland, a circuitous route that sought to bring together saw mills, pallet producers and transporters to support PRS’s growing number of blue-chip customers.

These include petrochemical producer MOL Group, which signed a strategic supply chain partnership with PRS, part of the Faber Halbertsma Group, in April.

This ‘meet and greet’ strategy involved Bart travelling more than 5,500 kilometres in 11 days. On his travels, Bart held extensive face-to-face discussions with 15 saw mills, eight of which were responsive because they had capacity. 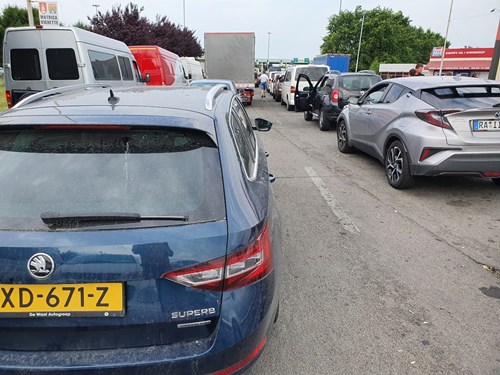 Picture above: Bart in traffic before a border, including checking the car and papers

“You can only do so much on Teams and Zoom calls, but it is not in my DNA to sit and wait – I needed to go out and meet people, shake their hands or, in the current climate, touch elbows,” Bart said.

“I just get in the car and visit these places, often without appointments, so I can see the operations for myself.

“We travelled to the mountains of Romania from Hungary to source the right timber, but I then had the challenges of finding the right saw mill partners that have capacity – and that is the same for the transporters.  Romania is not part of the Schengen agreement, so we needed to take into account that crossing borders for trucks can take up to four days in the worst-case scenarios, waiting for our potential new suppliers of timber and their transport.

“We have done this by also avoiding Belarus because of the political difficulties there – we’ve had to find practical alternatives wherever we go.” 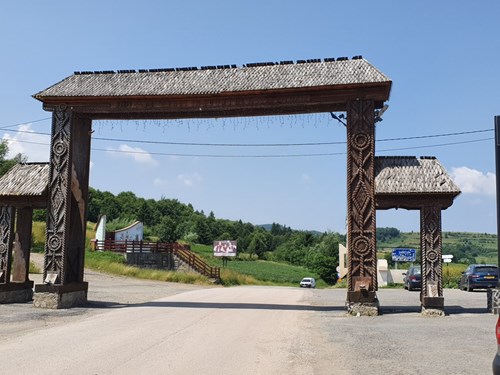 Picture above: A mountain pass on Bart's route

Clarity is critical when it comes to the getting the right pallet produced, but Bart has always found business to have its own language and meeting traditional timber producers and saw mill owners has not been problematic.

“They may look similar, but there is a world of difference between a PRS4 and a PRS7 pallet so making sure the saw mill understands and can handle the order is critical,” he said.

“Romanian is a language not dissimilar to Italian so for a Dutchman like me to drive all the way there and understand what is being said is a real bonus. On the flip side of that we have dealt with a lot of the younger generation of saw mill owners who speak perfect English – again, this is a benefit.

“We also use a very good instant translation service when we are on our travels.

“My team call me the bulldozer – a problem-solver – because I am straightforward and clear with people, but in reality, the job is more about listening and negotiating so all parties benefit.” 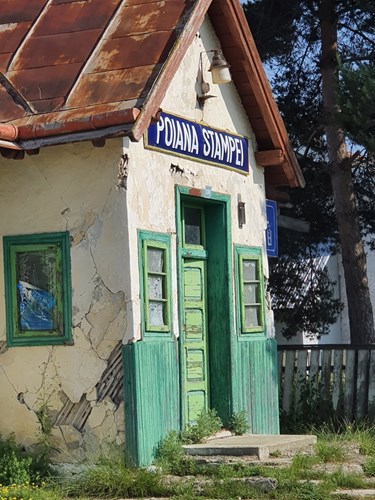 Picture above: A remote railway station in Rumania